By Watermark March 28, 2011 Uncategorized No Comments
0 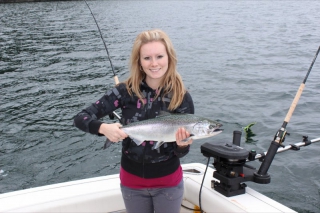 In the last few days a few more fish have been getting picked up. The Capilano area has been producing some fish on the flood tide and the fish have been getting caught near the bottom and generally in the 8 to 12lb range. In Howe Sound Defence islands, Grace islands, Gower point, and 3rd Marker a few fish have been getting hit. It seems to be what place has the bait you hit a couple fish a good sign with April coming up quickly and when Vancouvers salmon fishing usually starts to heat up off the South end of Bowen island in the first couple weeks of the month. We got out for a few hours on Sunday and headed over to 3rd 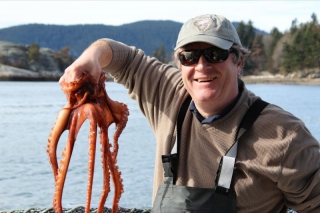 Marker when the ebb tide started the bait moved in and we hit a just undersize at 173ft on an army truck spoon and lost another undersize at 133ft right of the waterfall on bait. As quick as the bait showed up it disappeared and we hit nothing else. Since it was such a nice day we headed off the South end of Bowen island to try evan though it’s a week or two early we did see quite a bit of bait but hit nothing but it was flat calm and sunny. We didn’t see any seals either which generally tells you the South end of Bowen has not started yet. I’m out tomorrow for the first real fish of the year if the weather lets us so until tomorrow good luck and hope the weather stays like it’s.