By Watermark August 12, 2009 Uncategorized No Comments
0

The last few days had mixed results. Aug. 11th was the first day after the real big rain we had the day before. The harbour remains slow (English Bay, West Van shoreline). There were a few fish caught but most boats went home empty handed. We went up Howe Sound with our fingers crossed that the Pinks were still there. The fishing was quite good but nothing like it had been. We got our limit of 8 Pinks lost a bunch and released about half a dozen. Aug. 12th a few more fish got hit in English Bay near the Bell Buoy. One boat ended up with a near 30lb and a 20lb Spring. In Howe Sound we crossed our fingers and headed up Howe Sound again to try our luck at Pinks. The first hour was pretty good fishing we ended up with 5 Pinks fed 3 to a seal and lost 5 or 6. After that first hour it went dead we didn’t see very many fish at all fin or jump after that. We hope that this is a one day event and that they haven’t gone up the Squamish River. There’re a lot of fish still coming down we’ll just have to see where these fish end up. The weather sounds like after the next day or so it’s going to get better hopefully the fish stack up like they did before that rain. 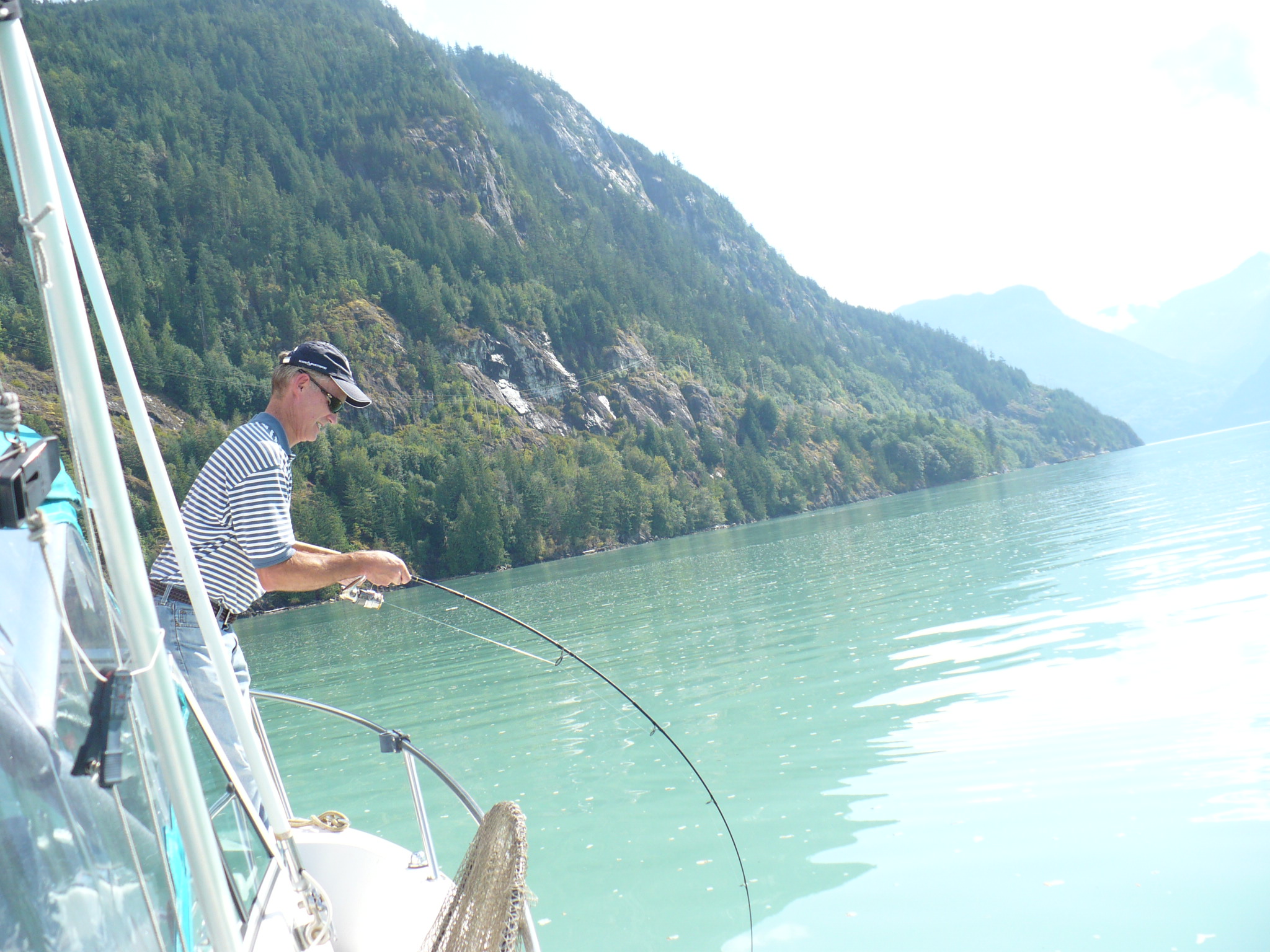